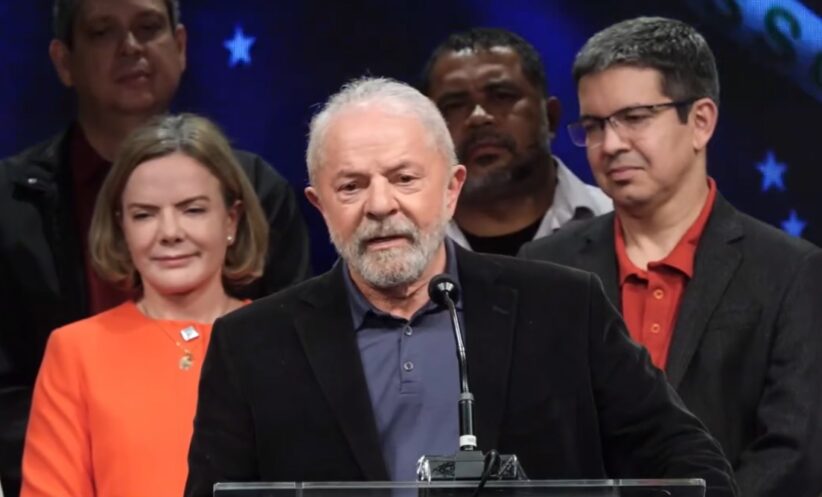 Lula speaks for the first time about the election result. Image courtesy of PT.

Former President Luiz Inácio Lula da Silva spoke optimistically after confirming that he will run in the second round of Brazil’s presidential election on October 30 against current President Jair Bolsonaro.

Lula, a former union leader and social democrat, finished the first round on top with just over 48% of the votes, while Bolsonaro received around 43%. Pollsters had predicted that Lula would win this Sunday, however, they failed to predict how many votes the current president would garner, with Bolsonaro outperforming most of the polls by about five percentage points.

In a speech made after the Electoral Courts announced the runoff election, Lula said the second round of elections is just “overtime before the final victory.”

“Yesterday I said that every election I want to win in the first round, but it’s not always possible,” he said, adding that he “loves to campaign” and that he will have 28 days before the second round to talk to the population and travel the country.

In addition, the former president commented on the possibility of participating in debates with Bolsonaro. The two participated in debates during the first round of campaigning, but those debates included other presidential candidates.

“It will be the first opportunity to have a face to face debate with the current president. To be able to make comparisons between the Brazil he built and the Brazil we built,” said Lula.

The former president did not comment on the possibility of seeking support from other candidates such as Senator Simone Tebet or career politician Ciro Gomes who received 4% and 3% of the votes respectively.

He said those types of negotiations would be conducted by the president of his Workers’ Party (PT), Federal Deputy Gleisi Hoffmann.

Rounding out his speech, Lula thanked Brazilians for the more than 50 million votes he received in the first round of elections and requested that his supporters continue to mobilize ahead of the October 30 runoff elections.

Lula and Bolsonaro head to runoff election for Brazil’s presidency