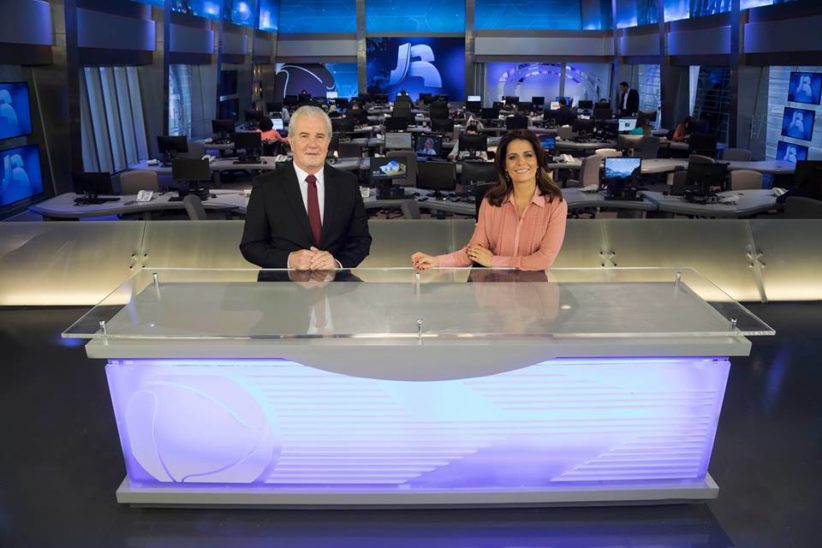 Brazil’s president-elect Jair Bolsonaro has made no attempt to disguise his preference in media outlets and journalistic coverage.

On the night of his presidential victory, he chose to give sole interview access to news programme Jornal da Record, owned by media conglomerate Grupo Record, presided over by billionaire businessman and evangelist Edir Macedo.

Besides owning a media conglomerate that supplies TV, radio and newspaper, Macedo is also a bishop and founder of the Universal Church of the Kingdom of God, who publicly declared his support for Bolsonaro.

For his part, Bolsonaro began his first interview as president-elect by thanking the news programme for its impartiality.

“I am the one who should be thankful for Record’s impartial journalism,” he told his interviewer, who thanked him for the opportunity to speak for the first time since his presidential victory.

However, far from impartiality, there have also been reports that Record reporters were forced to resort to the Sao Paulo Syndicate of Journalists to complain about the pressure they were under to provide favourable coverage of Bolsonaro during his campaign. Allegations were published by media outlet Catraca Livre.

According to the syndicate, reported Catraca Livre, the electoral build-up saw reporters “suffering permanent pressure from the channel’s management so that the news bulletin benefitted President Jair Bolsonaro and undermined Fernando Haddad.”

Even before his election, Bolsonaro’s media preference was also hinted at when he chose not to participate in electoral debates, instead giving an exclusive interview with his chosen news channel, Record TV. This went on to be broadcast at the same time as the final electoral debate before the first round of electoral voting occurred on October 7. The legality of this broadcast was also disputed at the time.

On the night the second, and final, round of electoral voting took place, Bolsonaro also allowed the TV Channel into his home to provide exclusive footage of his family’s reactions to the votes coming in.

As he settles into his role as president-elect, a quick scroll through Bolsonaro’s Twitter account gives a glimpse into what his media preference will be throughout his presidency, as Record reports are the only ones he chooses to share with his social media following.

The likely rise of Record is a huge change for Brazilian media, previously accustomed to the quasi-monopoly of the Grupo Globo multi-billion empire, South America’s largest media conglomerate with ties to the television, radio, newspaper, magazine, internet, satellite and music industries in Brazil.

Industry experts and fellow journalists have warned that this preference could potentially prove to be a dangerous one. Outlining the risks, Estadão columnist and communications professor Eugenio Bucci told Bloomberg, “Record could gain more influence on the government, more access to power; that’s worth much more than advertising in the Brazilian political game.”

“It could gain first-hand news, higher status, and come to be seen as the federal government’s preferred network. If that happens, it advances a few steps in the competition with Globo,” he warned the newspaper.

For its part, Bloomberg likened Bolsonaro’s media favouritism to that of US President Donald Trump and his close relationship with Fox News. This is not the first, and will likely not be the last, occasion on which Brazil’s president-elect has been compared to Trump.