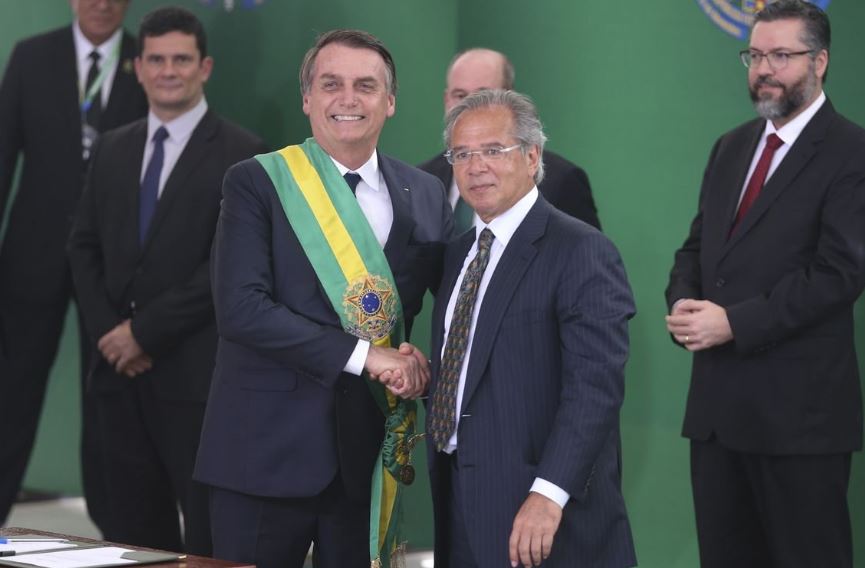 Throughout last year’s election, the majority of voters seemed to be more concerned with Brazil’s most visible, pressing problems such as the issue of deteriorating public security than the deep-rooted flaws that caused them to start with.

It is for this reason that short-term protection methods, such as the ability for all citizens to be able to carry a gun – proposed by current President Jair Bolsonaro – gained such popularity.

However, long-term economic instability is arguably the root of many of the issues that have led Brazil to the crisis it is experiencing today. In 2017, for example, the country’s fiscal deficit was calculated at 8%, whilst the IMF currently predicts public debt to sit at around 84% of GDP.

Despite this, plans for the economy were largely washed over during Bolsonaro’s presidential campaign. Having confessed his own economic ignorance, the now-president handed all responsibilities in the area to his new Economy Minister Paulo Guedes, who will now be trusted to recover Brazilian finances.

The pair seemed to get off to a great start. Immediately after Bolsonaro’s presidential victory, the Brazilian stock markets rose as investor confidence seemed to be restored after angst over a possible Workers’ Party victory.

Since he was sworn in, it seems, the stock markets are continuing to conserve their faith in Brazil’s new leader. With stock markets closing on record-breaking highs the day after his inauguration, recent reports have shown record-lows in exchange rates from the US dollar to Brazilian real.

According to reports released yesterday, January 9, by local news outlet Veja, the US dollar has now dipped below the $3.70 reais mark for the first time in months. As a result, the Ibovespa stock market index advanced to a new record of 93.187. On top of this, market analysts are optimistic about what the prospect of a commercial agreement between the US and China could mean for the Brazilian economy.

For his part, Bolsonaro is also pleased with the new exchange rate, describing it as“one of the lowest for months,” via Twitter. “We are recovering investor trust in Brazil,” he wrote.

Whilst contributors to media outlets such as Forbes continue to ramp up the hype, describing the Brazilian stock market as “the best in the world,” a week into 2019, opinion columnists at Bloomberg seem to be slightly more skeptical of how much economic progress Bolsonaro will realistically be able to make throughout his presidency.

As it has been for years, Bolsonaro’s biggest economic challenge will be to reform the country’s financially unsustainable pensions scheme, a task that former President Michel Temer notoriously failed to do. With retirement ages too low, currently at 60 for men and 55 for women, this is set to be a tough challenge for the new government.

However, as highlighted by financial news outlet CNBC, there will only be a short window of time during which to push through reforms, whilst optimism for the change of government remains at such a high.

With Brazil deeply buried under years of overspending, poor financial decisions and wide-scale corruption, Bolsonaro and economy minister Guedes most certainly have their work cut out in order to fulfill their economic promises of privatising government companies, removing trade restrictions, simplifying taxes and restraining bureaucracy.