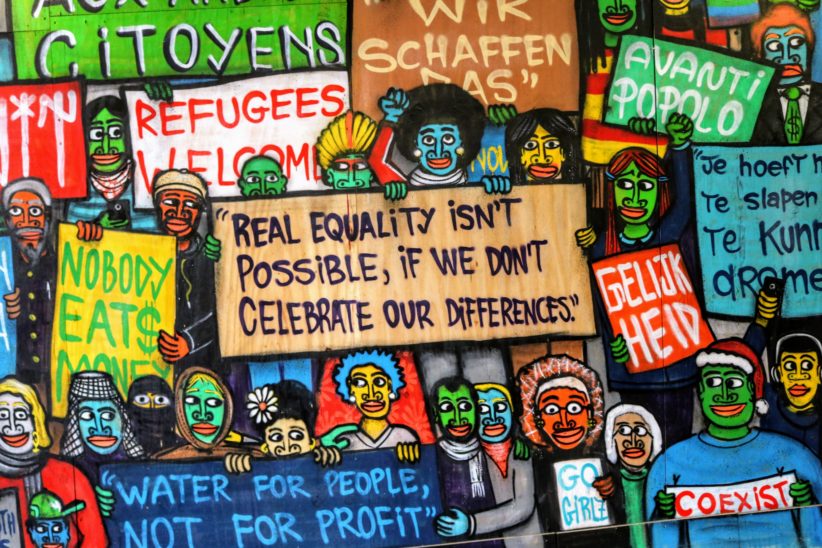 According to statistics from last year, some 33,856 refugees have made Brazil their home. That number is anticipated to rise this year, especially as the migrant crisis from neighbouring Venezuela escalates and continues to displace the oil-rich nation’s citizens, who make up a large swathe of Brazil’s refugee cohort.

It is not, however, the only nationality that can be found in Brazil, as UNHCR recently exposed in an article. The UN Refugee Agency is an international body working to support people in crisis across the globe, and recently detailed a story of a Syrian family who made their way to Brazil. According to the story, the two pharmacists and their three-year-old daughter fled conflict in Syria in a bid for safe living in the Latin American country. Since then, the family have welcomed two more children who were born in Brazil and they both currently work as resident pharmacists.

The process into working life in Brazil was made possible because of Compassiva. Based in São Paulo, it is a Brazilian-led NGO that has helped over 60 refugees register to be able to work in the country so far.

90% of the applications came from Syrian refugees, many of which are engineers and doctors.

The organisation aims to support children, women and refugees who have found themselves in a vulnerable position in the Brazilian city. As well as supporting work applications, they provide courses, social exercises and cultural educational activities. Their motto speaks to a social action plan that takes focus on building bridges and approaching every case in a personal way in an attempt to offer life-changing support.

‘‘We believe that effective social action should not be limited to merely utilitarian exchanges. Cross-cutting involvement is crucial – building bridges, healthy relationships, fraternal bonds that promote awareness and deep understanding of the reality and context of those involved.’’– Compassiva Mission Statement

Launched in 1998, the NGO already has a long track record of making an impact across the city. Established alongside religious organisation Project 242, the two organisations firstly focused on street children and people who have been rejected from the community. The hard-working teams focussd their efforts on the São Paulo locations of Glicério, Luz, República, Anhangabaú Valley, the “cracolândia” region and Praça da Sé, attempting to reintegrate families and rebuild communities.

According to the Compassiva site, the NGO’s current title came about in 2005 but it was only five years later that the organisation began building the reputation it has today. The Bringing Help to Refugees programme, known commonly as LAR which translates to ‘home’ in Portuguese, offers free language courses, legal assistance through the country’s long documentation process and medical assistance.

In 2012 Brazil launched a humanitarian visa programme aimed at supporting asylum seekers in desperate need of protection. Fast-forward to 2018 and Brazil has accepted the highest amount of Syrian refugees of all Latin American countries. At the same time, with Presidential elections in sight, and with Bolsonaro considering migration a national security issue, it is unclear what the future of refugee protections might be in the country.

Media partisanship: a look at press editorial lines ahead of Sunday’s vote