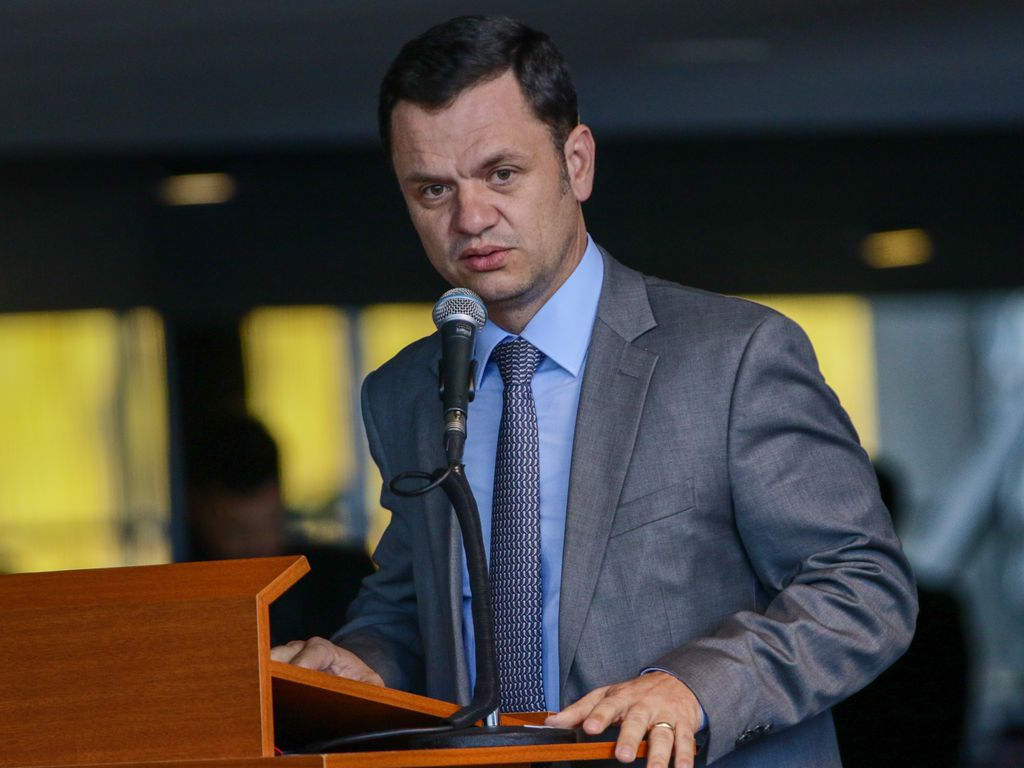 São Paulo, Brazil – Brazil’s Supreme Court has ordered the arrest of Jair Bolsonaro’s former justice minister in relation to the January 8 assault on government offices in the country’s capital, Brasília.

At the time of the attacks, the former minister, Anderson Torres, was serving as the capital’s head of public security and the attorney general’s office accused him of being “responsible for acts and omissions” leading to the attack on the government headquarters.

Torres is currently in Orlando, Florida and it’s not known when he will return to Brazil.

In response to the arrest warrant, Torres initially posted a message on social media saying he intended to return to Brazil to turn himself in.

“Today (01/10), I received news that [Supreme Court Judge Alexandre de Moraes] ordered my arrest and authorized a search at my residence. I made the decision to interrupt my vacation and return to Brazil. I will present myself to justice and take care of my defense,” he wrote on his Twitter.

Who is Anderson Torres?

Torres is a central figure in the puzzle being put together by investigators about the lead up to the January 8 attack.

An ally of Bolsonaro, Torres held strategic positions within the former president’s cabinet, including the role of justice minister from March 2021 to December 31, 2022, when Bolsonaro’s term ended.

On January 2, he was invited by the governor of Brasília, Ibaneis Rocha, another Bolsonaro ally, to take over as secretary of public security for the Federal District. His stay in the new position, however, was brief, lasting only seven days.

On the afternoon of January 8, in the wake of the attacks, Governor Rocha fired him, claiming serious failures in security planning around the country’s capital. (Governor Rocha himself was suspended by the Supreme Court for 90 days for his inaction during the attacks.)

Bolsonaro supporters had been camping out, protesting and vandalizing the city for months, including setting up camps in front of the country’s main military barracks in an effort to pressure the army to intervene in elections.

In addition to Torres’ arrest warrant, the Supreme Court also ordered the arrest of the commander of the Federal District’s Military Police, Colonel Fábio Augusto Vieira. He’s currently being held in a military police jail.

Vieira was responsible for the capital’s security forces on January 8 and is also accused of having neglected the destructive potential of the vandals’ actions, or even deliberately sabotaging the security apparatus. There have been reports and videos on social media that allege that military police allowed the insurrectionists to enter Congress, the Supreme Court and the main office of Brazil’s president on January 8.

In the Federal District’s public security chain of command, Colonel Vieira reportedly responds directly to Torres. Now, the two have been removed from their duties and the security structure in the nation’s capital is being overhauled.

In addition to these high-ranking officials, authorities have thus far arrested at least 1,843 people related to the insurrection.

Supreme Court Justice Alexandre de Moraes ordered the release of elderly persons, women and small children after a mass arrest operation swept through the camps of Bolsonaro supporters in Brasília.
Currently, a reported 1,159 people remain detained in the Papuda penitentiary complex, accused of crimes including abolishing the democratic state of law, committing a coup, and damage to public property.