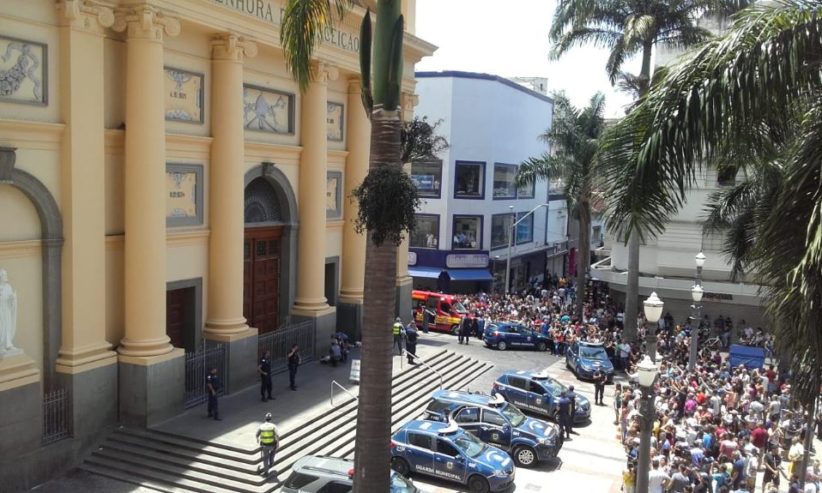 Yesterday, December 11, an armed man opened fire during Mass in a cathedral located in the state of Campinas, just north of São Paulo. After initially killing four people, he then proceeded to shoot himself.

The gunman, who has since been identified as 49-year-old Euler Fernando Grandolpho, was believed to have worked as a systems analyst and had no previous criminal record.

Besides the fatalities, authorities also reported that the four more people with gunshot wounds were transported to local hospitals immediately.

However, according to local reports released yesterday morning, December 12, a fifth victim has also died in hospital from his wounds. The latest fatality has been named as 84-year-old Heleno Severo Alves.

Footage recorded by security cameras inside the church shows the gunman entering the cathedral and sitting down. Shortly afterwards, he then stood up and began shooting at people in the congregation, most of whom were sat down praying.

Speaking to journalists outside the cathedral, eye witnesses claimed that the gunman shot at point-blank range at a couple sitting next to him.

As people began to start escaping, two policemen entered the cathedral and fired at the gunman, who was hit in the side and wounded. He then stumbled to the altar and proceeded to shoot himself, and was dead before the police could arrest him.

Speaking to local news channel GloboNews, witness Alexandre Moraes described his reaction to the incident, “It was frightful,” he said. “He shot randomly at people. They were all praying.”

Upon further examination, the gunman died with two guns and a total of 28 rounds left, reported UK newspaper The Guardian, showing that had the police not entered the building, he would have been able to continue the shooting on a much larger scale.

Many worry that President-elect Jair Bolsonaro’s plans to loosen gun laws will give way to similar acts occurring in the future, suspicions which Bolsonaro’s incoming chief of staff Onyx Lorenzoni has denied.

“They are completely different things,” Lorenzoni said, confirming that the recent shooting would have no influence over the new government’s plans to slacken gun laws in the coming year.

“The president-elect intends to respect the wishes expressed by the majority of the population…the right to legitimate defence. We are going to respect this within the law,” he added.

For his part, the incoming president tweeted, “We are following the authorities’ verification about the barbarous crime committed today in the Campinas Metropolitan Cathedral, São Paulo. Our wishes of solidarity go to the victims of this tragedy and their family members.”

Poverty in Brazil has risen dramatically in 2018